Sholing Station opened 1 August 1866, and was later rebuilt when the line was converted from single to double track in 1910. Located near to Miller’s Pond Nature Reserve, it had been pressure from local residents which resulted in this halt being opened, as the railway company had not planned a station at this site. It was a basic structure, and never as grand as the others on the line.

In later years the modest station buildings became increasingly vandalised and were demolished in 1990. Waiting shelters replaced them on each platform. 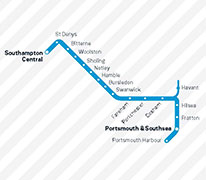 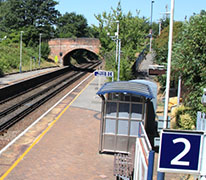 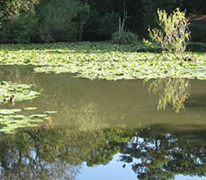 For train times text Sholing to 84950